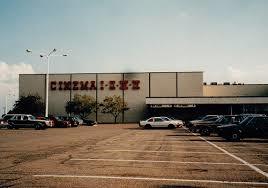 Opened September 21, 1966, at the Southdale Shopping Center, the Cinema I & II was the first twin theater built in Minnesota. Cinema I could seat about 1,200, while Cinema II sat 750.

The theater originally featured a small art gallery in its lobby, displaying works of local artists.

In 1979, Francis Ford Coppola held a private screening of his “Apocalypse Now” which even the movie studio wasn’t told of, with Coppola bringing in the reels of the film himself. The priviledged audience only gave the rough cut of the film a lukewarm response.

In the 1980’s, the theater became known as the Southdale 4, and during this time, the gallery was replaced by a video game arcade.

In 1990, the Southdale 4 was shuttered and soon afterward torn down.

I worked as a projectionist in Minneapolis from 1957 to 1975. I was part of the original crew at Cinema 1 & 11. Ran the first show on the Cinema II side. Projection was from one large room with projectors facing both sides. This was the first suburban theatre in the area that ran a grind policy seven days per week. RMV

Did you know Mr. Reynolds?

Jack Reynolds was the first manager of the Southdale Cinema. Last I heard, 25 or more years ago, he was a salesman for Muntz TV.

I remember seeing Star Wars there back in 1977. I also saw many movies there in the 1980’s: Bettleguice, Die Hard II, the list goes on and on. It wasn’t the most comfortable seating, but the good memories have replaced that with warm feelings. General Cinema’s Centenial Lakes (also not too bad a place) replaced it by 1990/1991 or so.

Northstar16,glad someone had a camera.Thanks for getting the pictures on.

This opened on September 21st, 1966 as the state’s first twin cinema. Grand opening ad in the photo section and below.