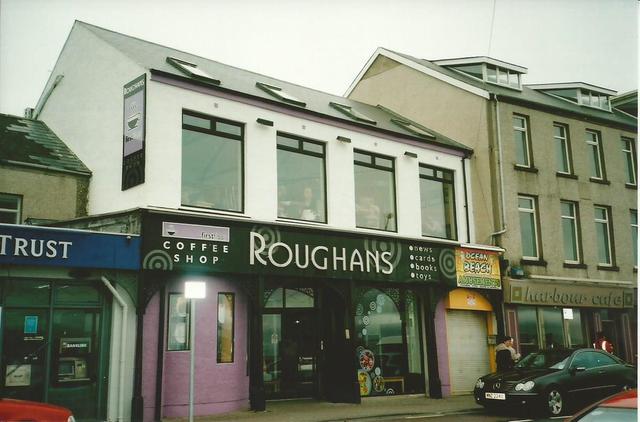 In September 2008, when my photograph was taken, the cinema building was occupied by an amusement arcade, Ocean Beach Amusements. The former auditorium must be behind the shops – note the small entrance to Ocean Beach Amusements between Roughans newsagents and the Harbour Cafe. Unfortunately, the entrance was closed when I visited.