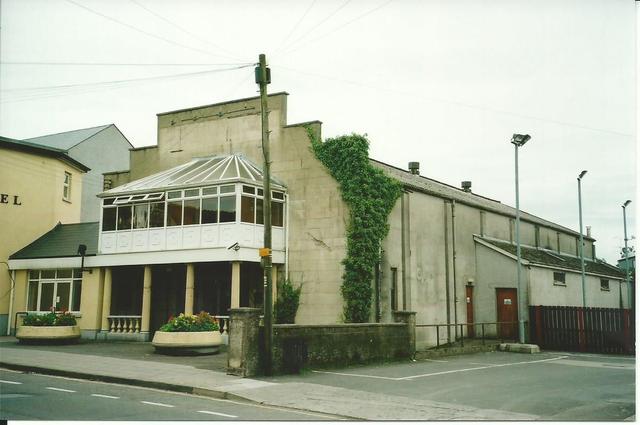 Curiously, the Adelphi Cinema in Irvinestown, County Fermanagh was opened by 1952, but, doesn’t appear in the Kine Year Book 1954, yet it must surely have been operating during that year. It was certainly operating in 1955, as shown in the postcard image. It was renovated in September 1971 and was still open in 1976.

It is now a function room, the Delany Suite, for the adjoining Mahon’s Hotel. It can accommodate 200 patrons, theatre style, indicating a seating capacity, as the Adelphi Cinema, of at least 300.

The Adelphi was in operation by 1952. It was renovated and reopened in September 1971 under new management and was still screening films in 1976 but the closure date is unclear.