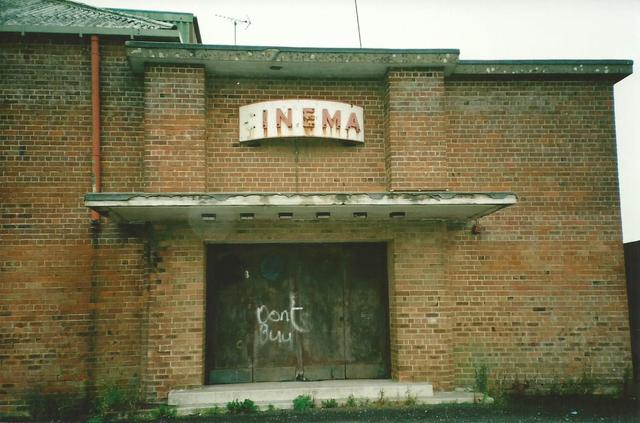 In Keady, County Armagh, the former Scala Cinema sits forlorn and derelict, with (in November 2013) a £95,000 price tag. A very large, stand-alone building on the outskirts of this small town, the Scala Cinema was opened around 1953 with Richard Burton in “The Robe”. It is listed in the 1963 & 1966 editions of Kine Year Book when it was operated by C.J. Mallon JP, and was equipped with a British Thompson Houston(BTH) sound system. It is mentioned in the Cinema Theatre Association 1980 Cinema Directory, which shows it having 400 seats (it looks much larger) and the British Film Institute Handbook for 1988-89, which records even fewer seats, just 200.

The Scala cinema has nearly 400 seats. It was built around 1953 to be able to show the then new CinemaScope format. It ran films using change overs every twenty minute reel. Two BTH Supa MK2 projectors running carbon arc lamphouses and BTH mono sound gear. The first film ever shown was the 20th Century Fox release ‘The Robe’ in CinemaScope and Technicolor.