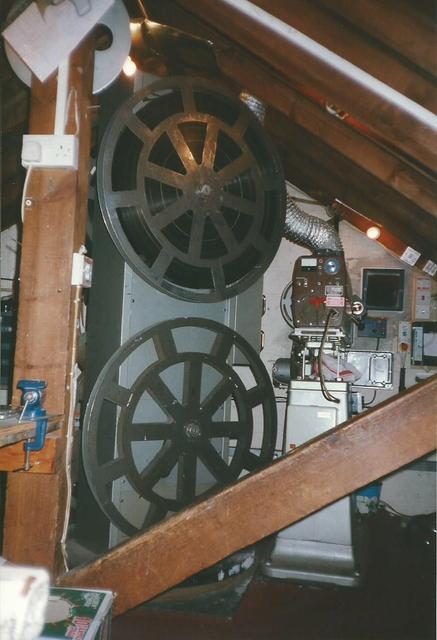 In Whitstable, Kent, the Imperial Oyster Cinema opened in January 1994, in a building dating from 1793 that had been built for the Royal Free Fisheries and Dredgers Incorporate. It was originally an oyster-cleaning store on the ground floor and a grand meeting room upstairs. It is on the foreshore, right on the beach.

The operators were brothers Richard and James Green, who ran The Royal Native Oyster Stores. Seeing a need for film shows in the town they opened the Imperial Oyster Cinema in the upstairs meeting room, converting the ground floor stores into a very fine oyster restaurant. Entrance to the cinema was gained by a Georgian front door. After passing the pay box patrons ascended a wood panelled staircase to the cafe/bar, with the cinema straight ahead in the larger seaward end of the building. The auditorium had a pitched roof with cross beams and the seating was all on one level, except that some rows on the left were raised on a platform. In September 2003 it was reported that the cinema would be closing on 6th November, with the owners blaming building work and a lack of car parking. The cinema did subsequently close.