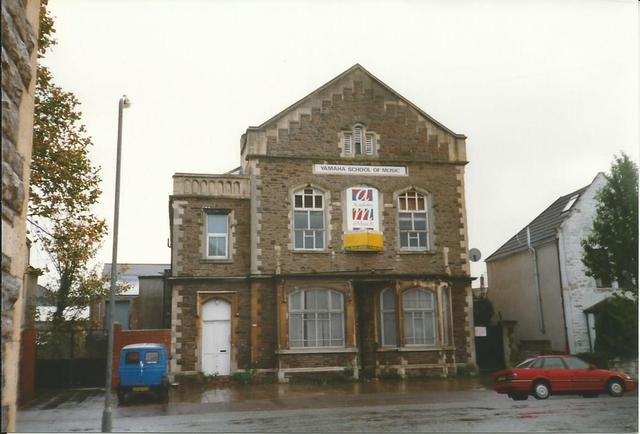 In the Roath district of Cardiff, the mock-Gothic style Public Hall had been built, and was open, by the 1890’s. In 1912 it was listed in the Cardiff Directory as the ‘Stacey Road Kinema’; a year later it was listed as the Roath Electric Theatre. It seems the building’s life as a cinema was a brief one, as its final listing in the Directory is in 1915, after which it was only licensed for music and dancing, although occasional film shows could have been held over the subsequent years. Much more recently it was used by the BBC as a broadcasting studio.

When I visited, in October 1998, it was occupied by the Yamaha School of Music.

Read connected comments for the nearby Clifton Cinema.