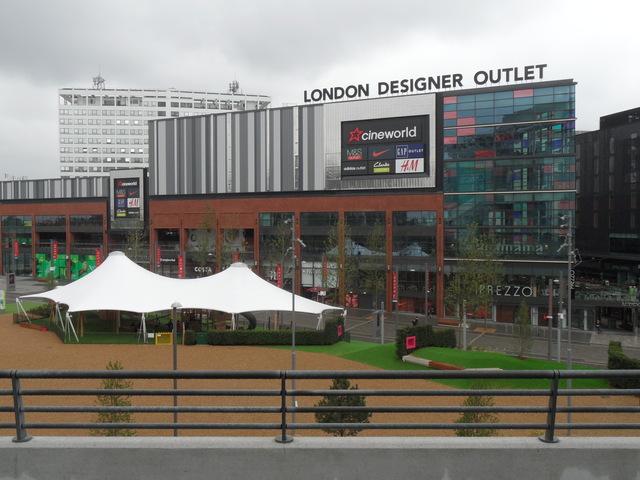 Located in Wembley, Middlesex, today a district in the north of Greater London. Inside the London Designer Outfit shopping centre, Cineworld Cinema - Wembley opened on 24th October 2013. It features 9-screens, an upstairs Starbucks and D-Box seating in screen 7.

It bring cinema back to Wembley area for the first time since the closure of the Metro Cine (former Regal/ABC) thirty years earlier in 1983.

It is situated very close to where the Elite/Capitol Cinema was located from 1928 until its closure in the 1940’s.

The first film shown at this cinema was ‘Justin and the Knights of Valour’ at 2:20pm, 24th October 2013. As the cinema launched with little ceremony it played to an audience of just two people!

Business was slow at first due to lack of customer awareness and the nearby established Cineworld at Staples Corner. Popularity after the initial few weeks increased greatly, particularly amongst Bollywood and Tamil film fans as a significant amount of Indian films are shown here, leading to Staples Corner’s eventual closure in 2016. A large window overlooking Wembley was added to the foyer wall in January 2015, significantly increasing natural light to the space.

Projection has been fully digital from the beginning along with D-Box seating in Screen 7.