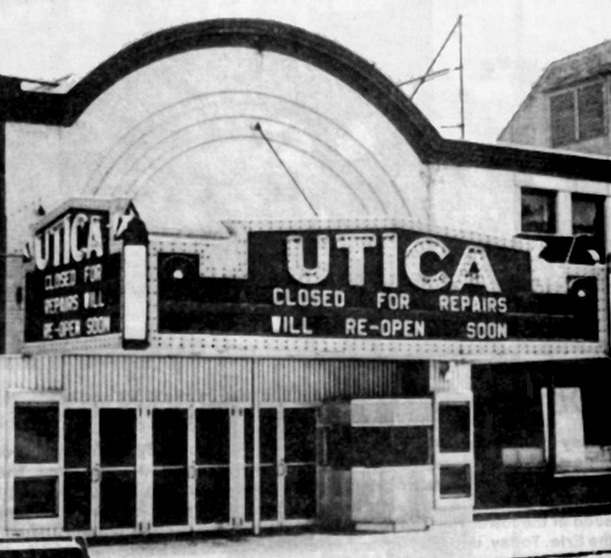 The November 25, 1911, issue of Variety said that the Lumberg Theatre in Utica would open on Monday, November 27. The two-a-day vaudeville house would be booked by the Loew agency.

The Lumberg was one of six Utica theaters listed in the 1913-1914 edition of the Cahn guide. It had 1,446 seats, and was operated by brothers Barney and Harris Lumberg. Vaudeville was presented the first three days of the week and burlesque the last three days. The Lumberg had a fairly large stage for a vaudeville house, being 70 feet between side walls and 33 feet from the footlights to the back wall, with a proscenium 36 feet wide. The Lumberg had three Wilmer & Vincent houses as competition; the Majestic, the Orpheum, and the Shubert. Two other houses, the Hippodrome and the Bender, played vaudeville with movies.

The Lumberg Theatre was being altered in 1916. The June 10 issue of The American Contractor said that architect Leon Lempert had prepared the plans for the $4,000 project. The project also got a brief mention in the July 8 issue of The Moving Picture World.