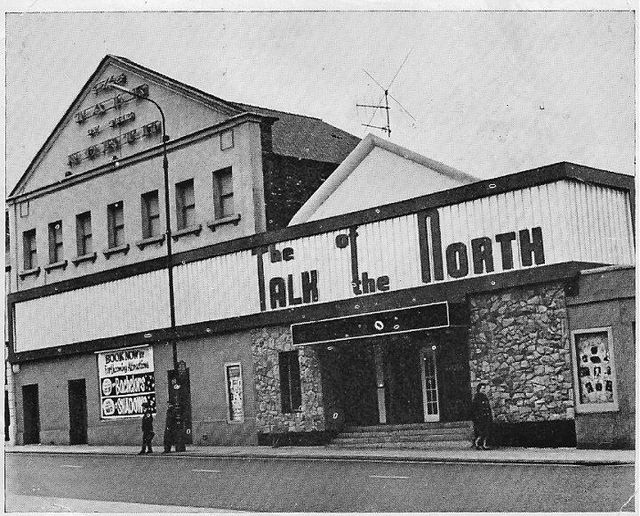 Located in the Patricroft district to the west of Eccles, in today’s Greater Manchester. The Patricroft Picturedrome opened on 19th November 1912 with 400 seats, all on a single level. In 1915 it was re-named Majestic Picturedrome.

In January 1920 it was sold to Lancashire Entertainments Co. Ltd. and was enlarged to 850 seats with the installation of a balcony. It had a 20 feet wide proscenium. In September 1929 it was equipped with a Western Electric(WE) sound system and screened its first ‘talkie’ “Strange Cargo” starring Lee Patrick. The Majestic Cinema was closed on 4th April 1959 with Richard Todd in “Intent to Kill”.

It later became the Majestic Ballroom, and in 1963 pop group Freddie & the Dreamers appeared here. In 1965 it became the Talk of the North nightclub & casino, attracting stars such as Tom Jones & Shirley Bassey. In 1984 it became Randy’s Fun Bar, which had a transvestite DJ spinning the records. It had closed by November 1986. It has since been demolished.