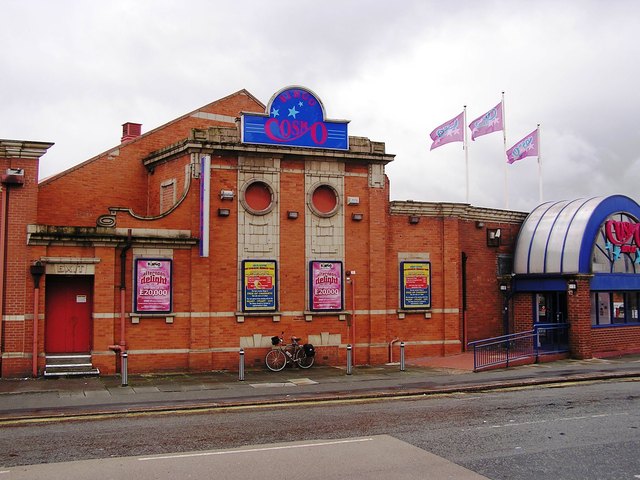 Located in Patricroft, a district to the west of Eccles, now part of Greater Manchester. The Palladium Cinema was opened on 24th April 1915. It was originally intended to be used as a live theatre, and had stage facilities, which were in use in 1925 when variety acts supplemented the film programme.

It was converted into an independent bingo club, which continues in 2013 as the Cosmo Bingo Club.