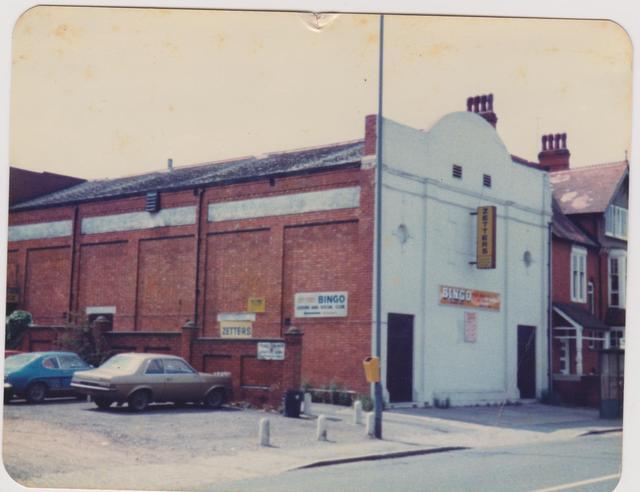 Located in Wolverton, Buckinghamshire, near to Milton Keynes. Barber’s Electric Picture Palace was opened on 18th December 1911 with “Zigomar”. It was operated by Alderman Barber, a cinema operator based in Stoke on Trent. Seating was provided in stalls and a medium size circle.

By 1934 it had been re-named Palace Cinema, and had been equipped with a British Thomson Houston(BTH) sound system. It was owned by the same operators as the nearby Scala Cinema in Stony Stratford, and they closed both cinemas on the same day, 22nd January 1961, with the Palace Cinema screening “The Tattered Dress”.

It was converted into a Zetters' Bingo Club, which operated for many years. It then operated as a nightclub, and was ‘For Sale’ in 1999. By 2012 it had become a Pentecostal church for the Faith Dimensional Ministries.