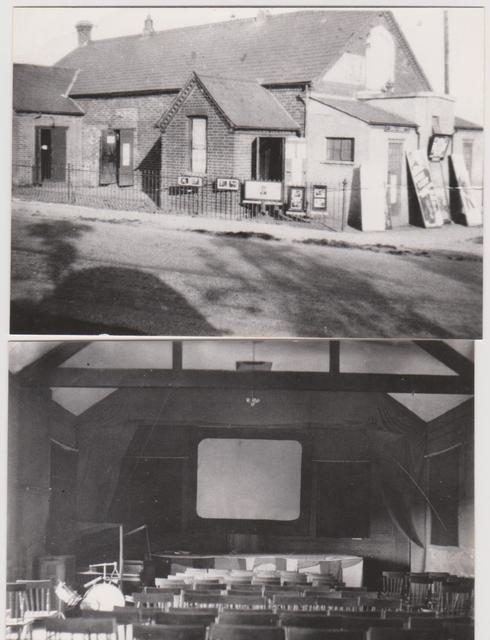 Located in Princes Risborough, Buckinghamshire. The building dates from 1836 when it was built as a British School. It initially operated for a few months as the Chaplin Cinema which had 230 seats, then in 1923 it was taken over by new operators and was renamed Princes Cinema. The seating capacity was reduced to 180. It was equipped with an AWH sound system in the early-1930’s. The Princes Cinema was closed in March 1938 with Gracie Fields in “The Show Must Go On”.

A Canadian maple wood floor was laid, and it became a roller skating rink which operated until 1939 when World War II began. It was requisitioned by the Government as a manufacturing facility. After the war, it became a printing works. In 2014 it was occupied by a graphic design company known as Red Rhino Creations. In 2019 it was converted into a private house.

in 2019 it had become a private house – see uploaded photo.