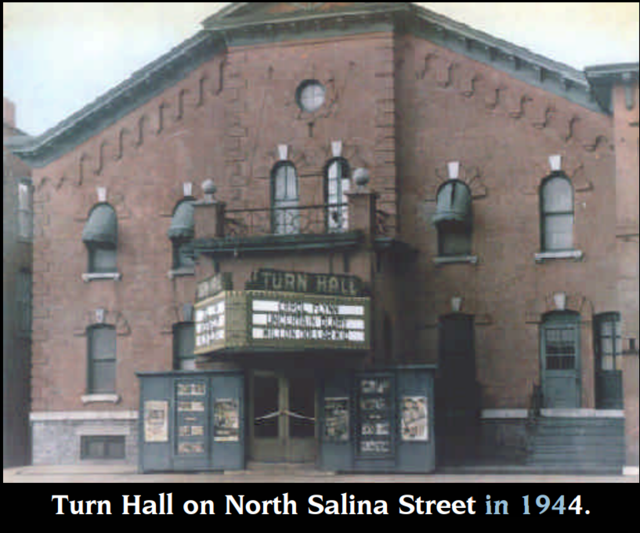 The Turn Hall which was burned in 1954 was replaced by a new building on the same site which is still occupied by the Syracuse Turners. The original hall was opened to the public on December 26, 1869. The Turn Hall Theatre was showing movies at least as early as 1911, when the July 15 issue of The Moving Picture World published a letter dated June 3 from the manager of the house, J.J. Murphy.