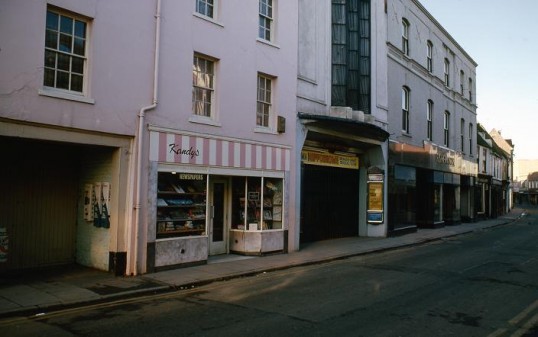 Located in Huntingdon, Cambridgeshire. Opened on 21st September 1933 with Ruby Keeler in “42nd Street”, and was mainly run by the Bancroft circuit, with 813 seats. The projection box had an oblique throw from the right side of the stalls. It had a 25 feet wide proscenium and was equipped with a Western Electric(WE) sound system. The cinema was noted for an unusual sunburst window facing the street.

Films were dropped in favour of bingo in 1971 but reintroduced part week in 1976. The cinema closed and was subsequently demolished in 1977.