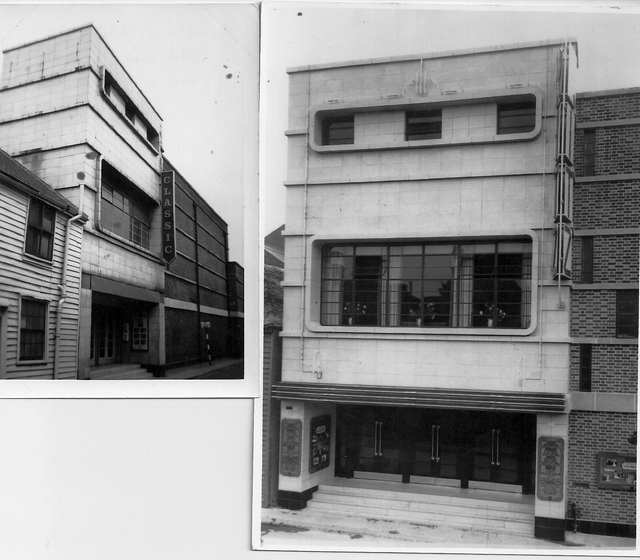 Located in Sheerness, Kent. Opened with “O.H.M.S” on 15th March, 1937. Built for Lou Morris, the Ritz Cinema was less prominent in style and location down a side street but quite large. A Compton Theatrone 2-Manual portable organ was installed in September 1938 and was opened by organist Florence de Yong. Lou Morris moved the organ onto the Rialto Cinema, Coventry Street, London from 1942.

Essoldo took over the Ritz Cinema in 1947 and it was re-named Essoldo. Classic Cinemas took over from 2nd April 1972, and it was re-named Classic. The stalls became rotten but Melvin Chilver put an American Pool hall downstairs. He called the cinema Woodys Cinema after the street. 366 patrons now saw films upstairs. The last to operate here were Jan and Ray Sutton, who used the name Images Cinema. They had planned to re-open the Queens Cinema in Sittingbourne but a covenant prevented them. The Images Cinema closed as the town’s last on 9th November 1995. It became a disco but c.2012 was demolished and some luxury flats built on the site.

One photo shows the cinema in mid demolition around 2012