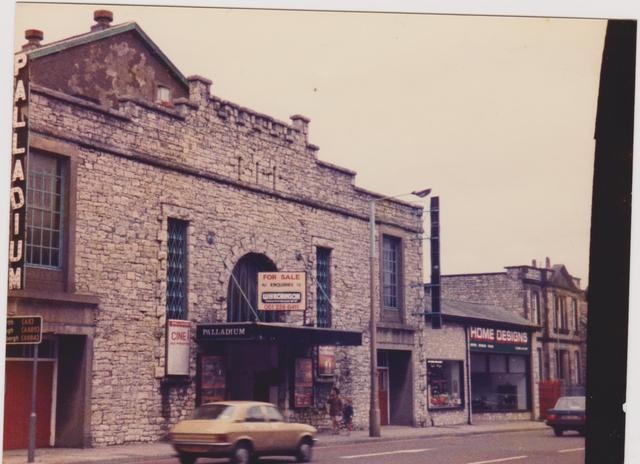 Located in Kendal, Cumbria. The Palladium Cinema, which had a stone frontage, battlements and vertical signage at each end, opened in 1931. It had a 33 feet wide proscenium. Postwar it was operated by Brennan’s Cinemas who had two other cinemas in Kendal as late as 1959. It was twinned in 1983 with seating for 270 and 166. Soon taken over by the Hutchinson Leisure circuit of Burnley, it was closed on 23rd September 1986. Sold to a developer it was demolished in 1989. 35 flats called County Mews stand on the site.

When the Cinema Theatre Association paid a visit in 1985, the writer recalls the cinema had not only a female projectionist but a cinema cat.

The window shown is the one on far right of exterior view. Taken in 1985

I have the old Engine that drove the generator from 1930 that worked in this cinema.