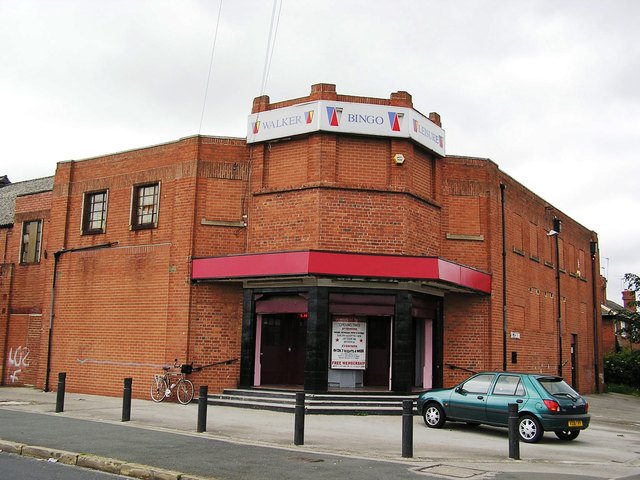 Located in the Middleton district to the south of Leeds, on the corner of Acre Road & Sissons Avenue. The Tivoli Cinema served the biggest council housing estate in Leeds. It opened on 21st May 1934 with Maurice Chevalier in “A Bedtime Story”. It was the 64th cinema to open in the city and was built for and operated by the Leeds based Goldstones Cinemas Ltd. All seating was on a single level, and it was equipped with a Western Electric(WE) sound system.

The Tivoli Cinema was closed on 1st May 1960 with Michael Landon in “I Was a Teenage Werewolf”. Saturday matinee performances for children continued until Saturday 3rd June 1960. It was converted into a bingo club (said to be the first cinema in Leeds to convert to the game), and bingo reigned supreme until it was closed in the mid-2000’s. In 2014, the building was unused and becoming vandalised. It was demolished in September 2018.