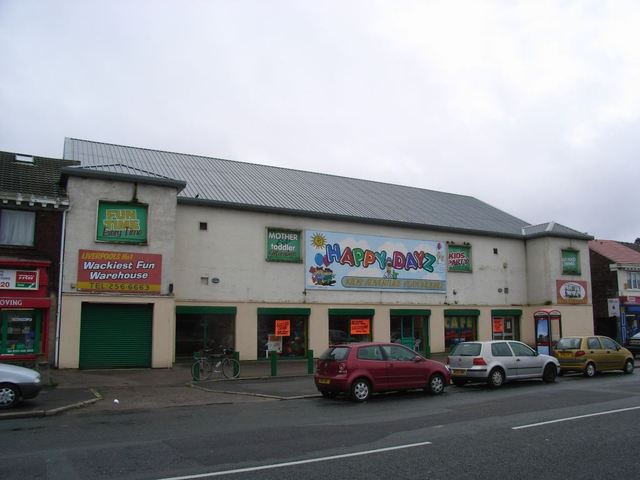 Located in the northeast Liverpool district of Clubmoor. The Clubmoor Picture House was opened on 31st October 1925 with Bebe Daniels in “Argentine Love” and Jack Holt in “Empty Hands”. Seating was provided on a single sloping floor. The side-walls were decorated with panels containing murals of landscapes, each one viewed through a stone archway. The stage was 8 feet deep and there were two dressing rooms.

In 1929 it was equipped with a Western Electric(WE) sound system and the first ‘talkie’ to play here was Ruth Chatterton in “The Doctor Secret” on 19th August 1929. The Clubmoor Picture House was closed from 8th May 1941 to 25th August 1941, possibly due to war-time conditions. CinemaScope was installed in 1955 when Guy Madison in “The Command” was screened on 12th May 1955.

The Clubmoor Picture House was closed on 2nd July 1960 with Rita Hayworth in “The Story on Page One” and “A Gun in His Hand”. The building was converted into a discount store, and later became a supermarket. By 2007, it was in use as a childrens indoor play ground.