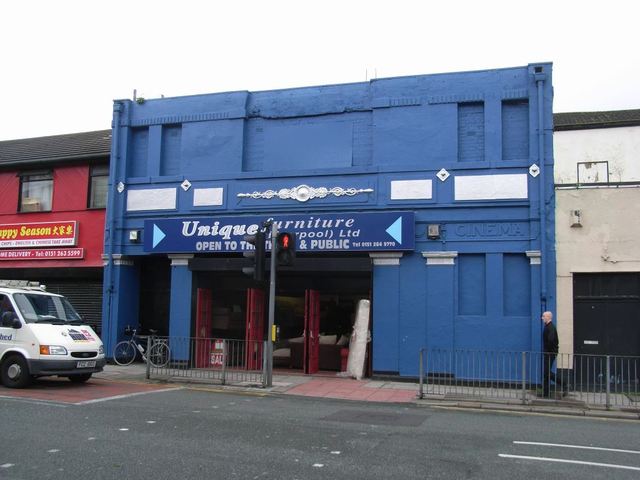 Located in the Everton district to the northeast of the city centre. The Theatre Royal was opened on 24th December 1888 with a performance of the opera “The Bohemian Girl”. The architect and builder was W. Redman and interior decorations were carried out by Goodall & Co. Seating was provided in stalls & pit on the ground level, and in the circle and four boxes along each side-wall upstairs.

From 3rd August 1891 it became a variety theatre, and then from around 1906, it became a playhouse, which operated until 1920. It was taken over by the local Gordan Cinema circuit and was transformed to the plans of architect Arthur Ernest Shennan into a 1,100 seat ‘super’ cinema, which opened as the Royal Super Cinema on 11th November 1920 with Corinne Griffiths in “The Bramble Bush”.

The Royal Cinema was closed on 16th January 1965 with “Robin and the Seven Hoods”, starring Frank Sinatra and “The Bugs Bunny Show No. 3”. It was converted into a Top Flight Bingo Club which finally closed in March 1997 when a new purpose-built Mecca Bingo Club opened in the area. The building was last in use as a cash & carry furniture store. It was sold in February 2019 and was demolished.

The prolific A E Shennan was the architect responsible for the 1920 conversion to a cinema.