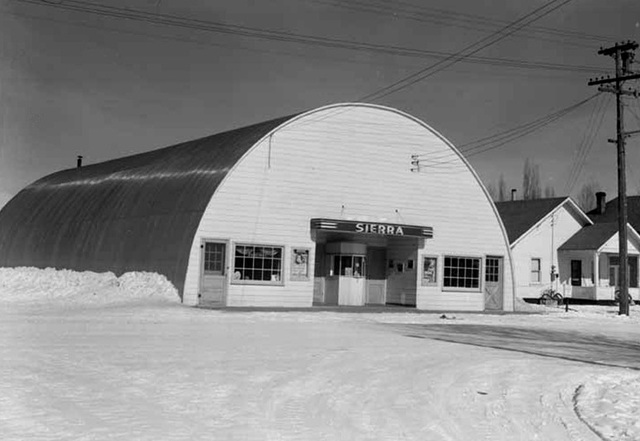 In 1939 a 333-seat Quonset Hut style Sierra Theatre was built on Main Street at the corner of 3rd Street. It operated until 1944 when it was listed as (Closed). By 1945, it had re-opened as the Loyalton Theatre and continued to operated until at least 1948. Around 1995 the roof caved in due to snow. The towns' post office now sits on the site.