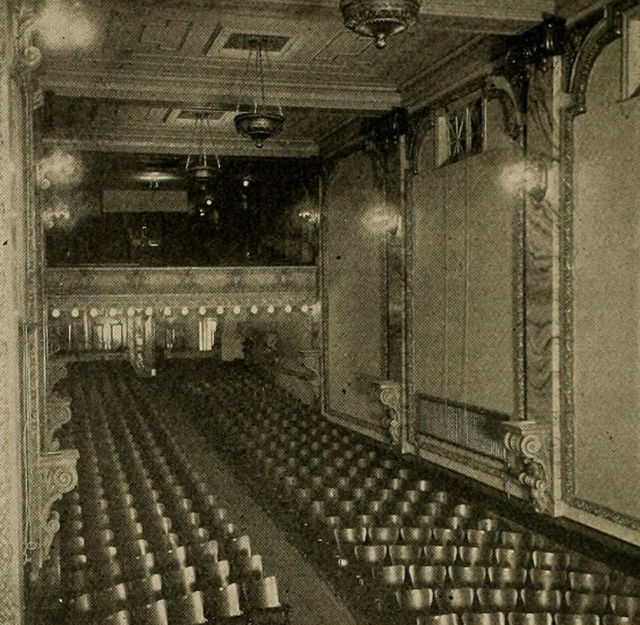 L. J. Chamberlain and J. M. Shindel opened the Theatorium on August 28, 1907. A few years later Chamberlain bought Shindel’s share of the business, and in 1912 he hired theater architect William Harold Lee to design a major expansion of the house.

The Theatorium reopened on September 20, 1912, with 700 seats: 500 on the main floor and 200 in the balcony. The narrow house was elaborately decorated both inside and on the facade, which featured the triumphal arch motif then popular for movie theaters.

In 1926 Chamberlain opened the much larger Victoria Theatre, and the older house was reduced to second runs. The Theatorium was last listed in the Film Daily Yearbook in 1928.

The building now at 112 S. Oak Street is probably the same building the Theatorium occupied, but William Harold Lee’s fancy facade, which can be seen in one of the 1913 photos I just uploaded, has been removed, probably in the late 1920s. It was probably considered too elaborate for ordinary retail use.

My grandmother grew up in Mount Carmel and she used to play the organ in the theaters there before the talkies. She would have been a teenager, circa 1924. Does anyone know where the organ would have been located in the Theatorium, in this picture? thanks very much.