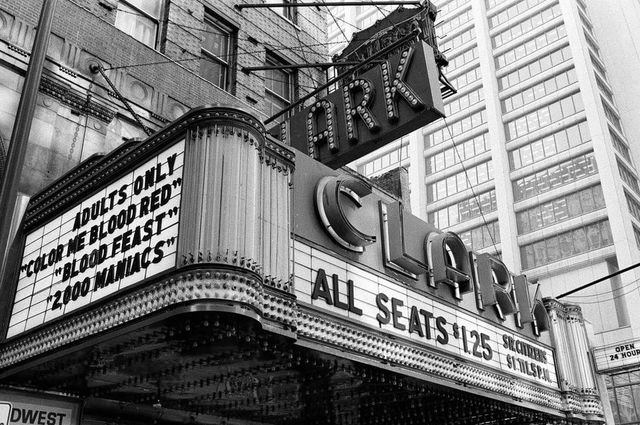 In May 1971, Clark Theater hosted a gore-filled trifecta of Herschell Gordon Lewis films. Before venturing into the world of gruesome exploitation films, Lewis was a Chicago adman and professor at Roosevelt University. Talk about a career change.