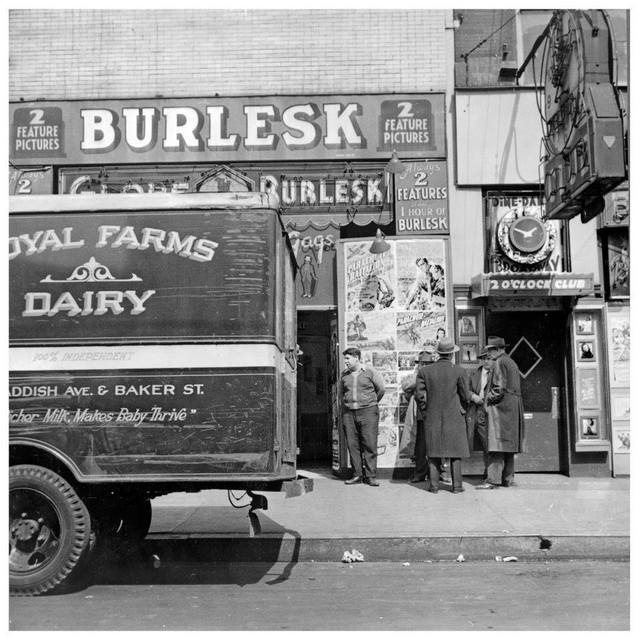 The Comedy Theatre opened in 1907 and was a 250-seat theatre located on the first floor of a three story building adjacent to the Amusea Theatre (later Clover Theatre). It was renamed Globe Theatre around 1927 and the seating capacity was increased to 400. It closed in 1952 and has since been demolished. A liquor store and New Wok Fried Chicken restaurant operate from this address today.

1943 photo added as the Globe Burlesk, courtesy of Ricky Pushkin.