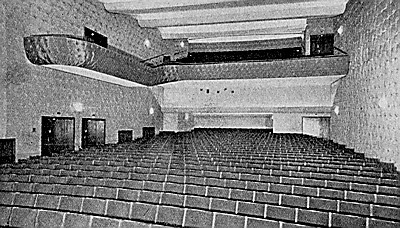 The history of this building is actually more interesting than its last name and the eerie Google image may promise. It was opened as “Kamera am Ring”, where in addition to commercial fare the first screenings of the communal cinema were shown in the 1960s (which would later become “Cinema Quadrat” at another location). The “Kamera am Ring” was renamed “Royal” and became an adult cinema in the early 1970s. In 1981 it was renamed “Blue Movie Kino Centre”. It closed for good in 2009, the foyer is now a gambling arcade.