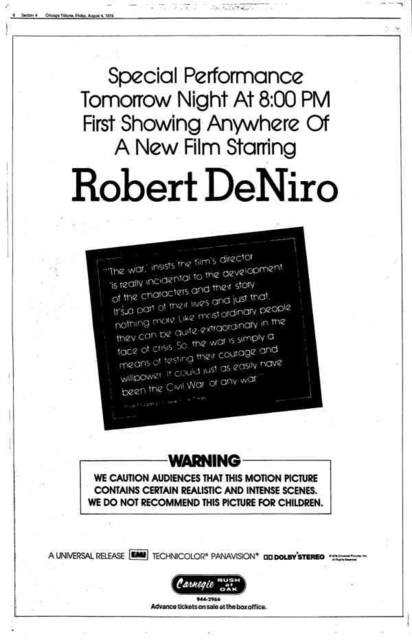 Chicago was the first city to publicly screen THE DEER HUNTER at a sneak preview in August, 1978. Universal ran a 2-page, full page newspaper ad. THE DEER HUNTER would eventually open in Los Angeles at the end of the year in order to qualify for the Oscars. It opened in Chicago in March, 1979.