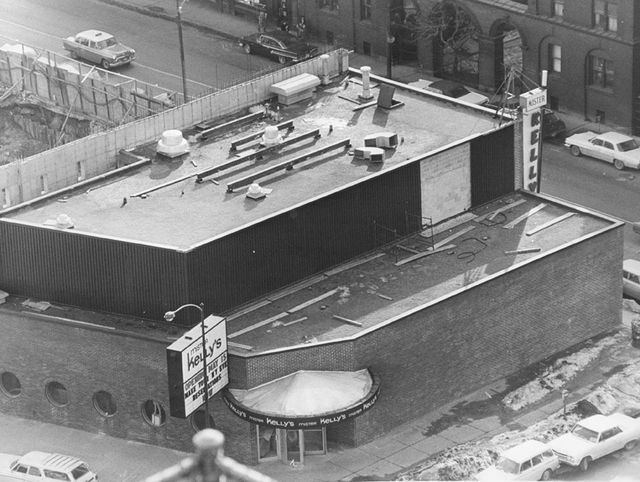 May 1967 photo credit Mister Kelly’s Chicago. Grand Reopening May 16, 1967. Amazingly the Carnegie Theatre would be completely rebuilt and reopened in the lot to the left by October 12, 1967. Opening with the British film “The Family Way”. On November 17, 1967 it would host the 3rd Annual Chicago Film Festival.