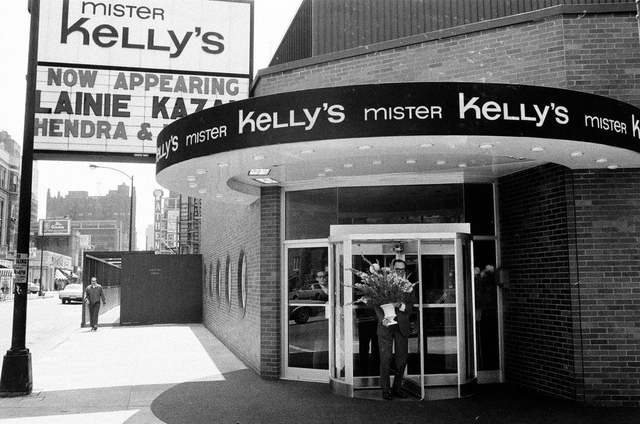 To give additional insight for some, Lainie Kazan was the performer the night of the February 1966 fire that destroyed the original Mister Kelly’s and the rest of the block. Thus her return for the grand reopening the following year in the new building. The ongoing construction visible to the South was the new Carnegie Theatre with parking above. 2 East Oak residential high rise would also be built on the N/W corner of Rush & Oak just beyond that. Oak Bank & Trust was the anchor tenant beneath it. With a small jewelry store between the Carnegie and it.