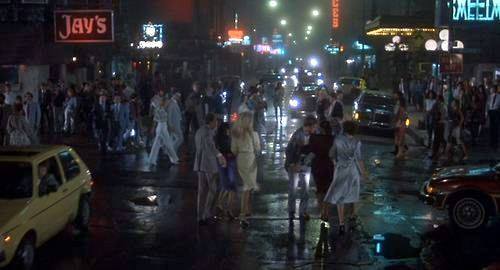 Screen shot from the film “Doctor Detroit” in 1983. Bottom of the Carnegie marquee lit up in the right. That’s a friend of mines AMC Pacer on the right, which was rented to the film company. Driven by him though.