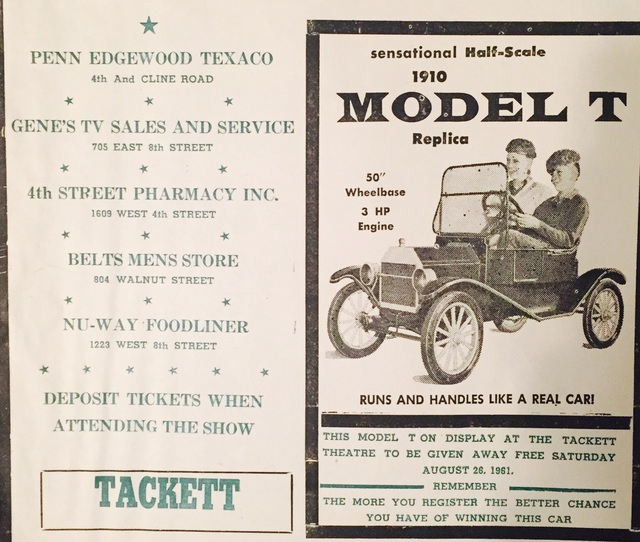 The Tackett Theatre in Coffeyville is one of about 200 theatres listed in a advertisement for Reproduco Pipe Organs. Coffeyville’s still extant Midlands Theatre was called the New Tackett Theatre when it opened in 1928, making this the old Tackett Theatre, which in the 1926 edition of Film Daily Yearbook has a seating capacity of 1,000. It was located on the southeast corner of 7th Street and Maple Street.

The Tackett Theatre was operated by Fox Midwest Theatres in the early-1940’s, and was still operating in 1950 when it had a 887 seating capacity.