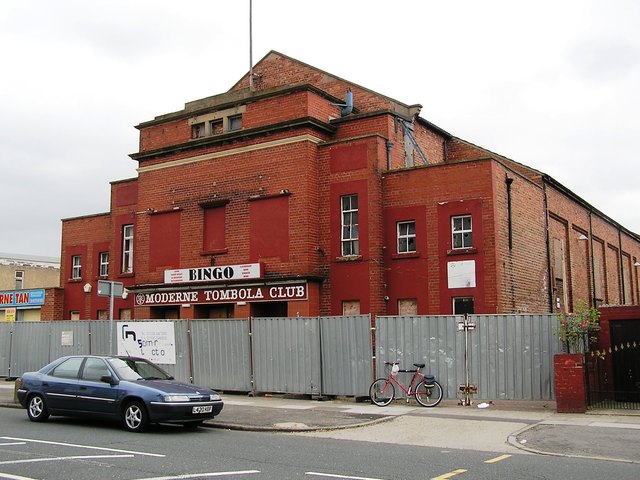 Located in Norton-on-Tees to the north of Stockton-on-Tees, County Durham. The Kinematograph Year Book for 1928 reported that in May 1927 a new company had been formed, by the name of the Superb Cinema Company Ltd. Their registered office was at Reuben Cohen & Co, 22 High Street, Stockton on Tees. Capital was £8000 in £1 shares and the “nature of the business” was “to erect a kinema”. That was the Norton Cinema, erected on the south side of Norton Avenue near its junction with Norton Road.

KYB 1932 lists the Norton Cinema and owners and that the films were “Booked at Hall”. Performances were “Continuous” at prices from 4d to 1/3. A Western Electric(WE) sound system was installed around 1931. The KYB 1935 added that there were 980 seats and the proscenium was 25ft wide.

Except for the seat prices, those facts remain unchanged. By KYB 1950 the name had been changed to the Avenue Cinema. In 1938 the Superb Cinema Company Ltd. had built a larger cinema, the Moderne Cinema, on the other side of Norton Avenue at the latter’s junction with Norton Road.

The Avenue Cinema is listed in KYB 1954, and was closed around 1955. It became a bingo club, which was closed by 2005, and the building was demolished. A block of flats were built on the site.