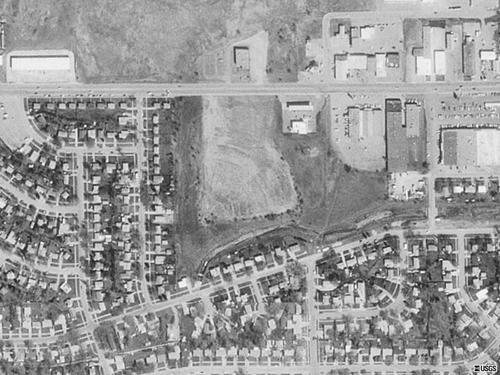 Based on the photograph, the address appears to be 621 E St Patrick St. A Salvation Army Thrift Store sits on part of the site, but you can still see the outline of the drive in.

June 9, 1953 grand opening ad playing “Law and Order” in photos. As the theatre was coming to the end of its 30-year lease, a wind storm ruined the tower in 1982. Final shows were July 4, 1982 wiht “Blue Lagoon” and “Heavy Metal.” Commonwealth decided to close the theatre rather than make repairs ending its run.