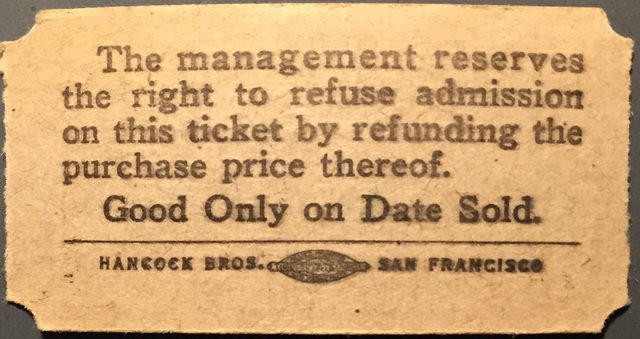 According to the Times stories, Mr. Cook offered a free movie to the kids every Christmas time. An October 10, 1931 report in the Times said that E.V. Cook had sold the theatre to the Harvey Amusement Co. of Watsonville but was retaining the real estate.

On March 15, 1937, the Times noted that Exeter Theatre owner, C.E. Pease, was starting construction of a $50,000, 750-seat theater in Exeter, which at the time was said to be a replacement for the Exeter Theatre.

The Film Daily Year Book of 1950 lists 537 seats and the building, with basically the same façade, can be seen today on north E Street.