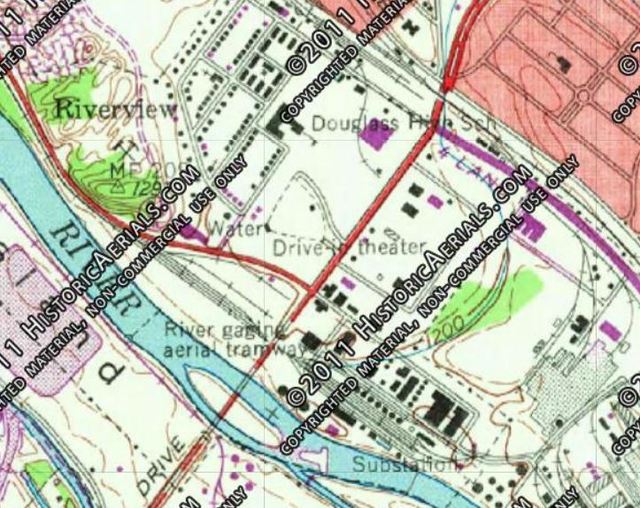 The Kingsport Drive-In was opened on October 27, 1951 with Tory Calhoun in “Rouge River”. It was operated by independent operator Max Wilson and in April of 1966 their advertisement noted that Martin Theatres now operated the drive-in.

The Kingsport Times reported in June of 1966 that it was now practically a new drive-in, which included a new screen, marquee, sound, and cafeteria. The patrons were treated well on the June 16 grand opening with a Jerry Lewis double-header and a Kirk Douglas-Anthony Quinn western.

The Kingsport Drive-in showed its last movies, “Minnie and Moscowitz” and “Kansas City Bomber,” on December 24, 1972. The land, owned by Eastman Chemical Products, was turned into an employee parking lot.