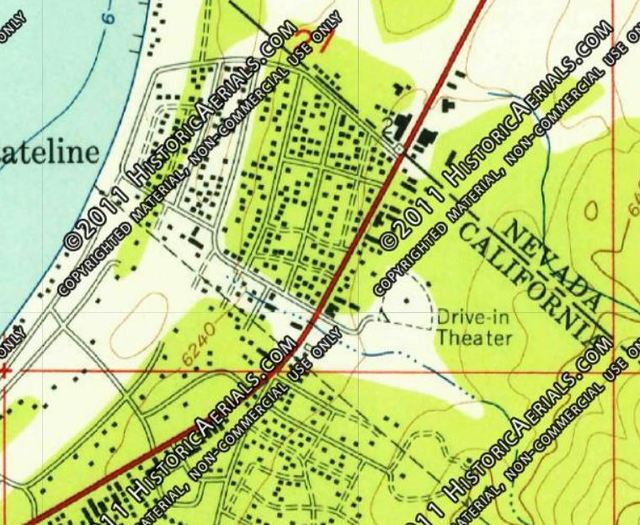 The first drive-in at Lake Tahoe opened in 1947 near Stateline on the corner of Park Avenue and Van Sickle Road. It was owned by Steve Myers & Bill Garren. The opening move was “Flying Down To Rio” from 1933 which was the first appearance of Fred Astaire & Ginger Rogers. It closed in 1957 after the lease expired. It moved to 1340 Glenwood Way, South Lake Tahoe.

In a strange twist of theater karma, the Stateline Cinema was built on the same location (1970-2000) and then the Heavenly Village 8 plex (2005 - present)