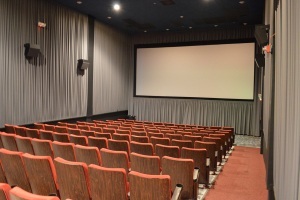 This theater opened on March 17, 1992 as part of Casino West, a family run operation. At some point, the theater was vacant when the Boys & Girls Club of Mason Valley was approached to take it over. While it was a chance to run a business, their main objective was to give their “Leaders In Training' students a chance to get hands on experience.

They have run the theater since 2008, maintaining a Friday to Monday schedule. As a non-profit, they have received grants to help with theater rennovations as well as upgrade to digital.

A few years ago, the casino was sold and is now known as Pioneer Crossing.

The Casino West Cinema launched March 17, 1992 with the film, “Sommersby.”