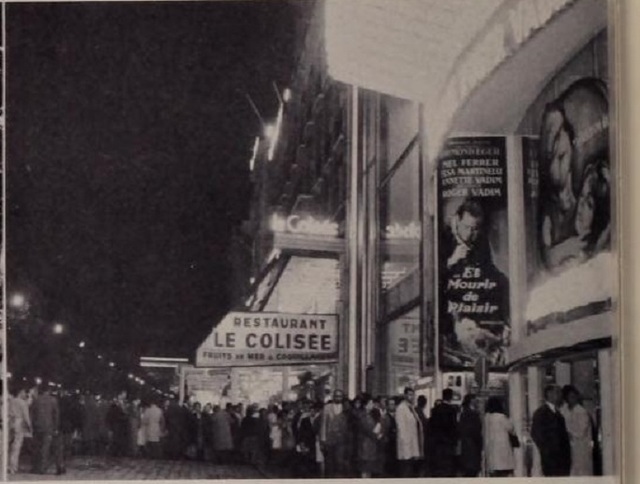 Located in the north central area of Paris on the famed Avenue des Champs-Elysees. The Colisee was opened on 19th September 1912 with 622 seats. It was designed in a French Renaissance style by architect Jacques-Marcel Auburtin. By 1951 it had been taken over by Gaumont and was re-named Colisee Gaumont, sporting a new façade designed by architect Georges Peynet. Around 1975 it was converted into a 3-screen cinema. Still open in 1985. It was demolished in 1988.

A building containing a car showroom and retail use has been built on the site.