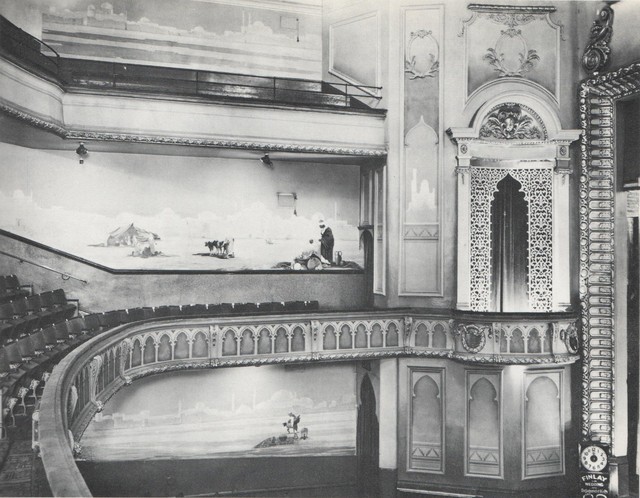 Located in the centre of Gateshead, Tyne & Wear at the corner of High Street and Jackson Street, it had entrance on High Street and also on the Jackson Street section of the Metropole Hotel, which was the corner building built with the theatre. Originally opened as the Metropole Theatre on 28th September 1896 with the play “The Sign of the Cross”. The proscenium was 28 feet wide. It was converted into a cinema by the Thompson & Collins circuit on 11th February 1919 and re-named Scala Theatre. It had a rear projection system, with the projection box built on the rear of the stage. Taken over by Denman/Gaumont British Theatre in March 1928. It was given a Moorish style makeover designed by interior designer John Alexander. In 1930 it was equipped with a British Acoustic(BA) sound system.

The Scala Theatre was closed on 29th September 1956. The auditorium was demolished in 1960, and the façade/foyer on High Street went over to retail use, but now the entire building has been demolished and replaced by shops. The corner Metropole Hotel survives, together with its Jackson Street theatre entrance.