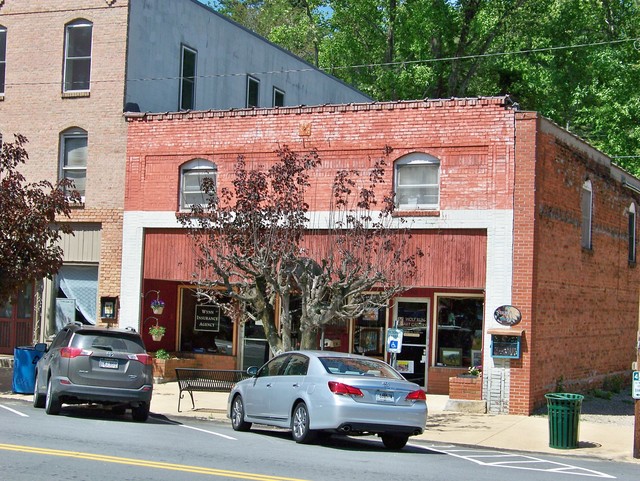 From the NCDHPO - This building has an interesting history, although physically it has been heavily altered. The first story has been completely modernized with glass, metal, and brick, and the upper level has replacement windows. A large brick addition has been added to the rear of the building. The building began as the Princess Theatre, which showed silent movies accompanied by the piano playing of “Snowball” Irvin. The ticket office was in the center of the facade with store fronts on either side, variously housing a vegetable and fruit stand, a hardware store, and an insurance office. The theatre closed during the Depression, after which the seats and wooden floor were removed to expose the dirt floor.

The space then became the first enclosed gymnasium in Polk County, operated by the school and used for basketball until the new school gym was completed. Commonly known as the “Rose Bowl,” it was damp and often had puddles of water because of the springs over which the building was erected. L. L. Clippard used the building for his insurance business during the late-1930’s and 1940’s, and subsequently it has had a variety of tenants.