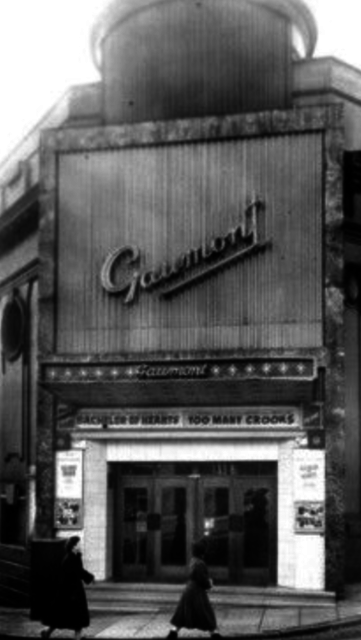 Located in the potteries town of Burslem, Staffordshire. The Coliseum Theatre of Varieties was originally built as a music hall. It was converted into the Coliseum Cinema in 1921 and operated by the Biocolour Picture Theatres circuit. It was taken over by the Gaumont British Theatres chain in November 1926.

Eventually becoming part of the Circuit Management Association(CMA) it was re-named Gaumont on 2nd May 1955 after a refurbishment. It was closed by the Rank Organisation on 12th November 1960 with Terry Thomas in “Too Many Crooks” and “Batchelor of Hearts”.

It was converted into a nightclub, but had been demolished by 1995. The site remains an empty plot in 2014.