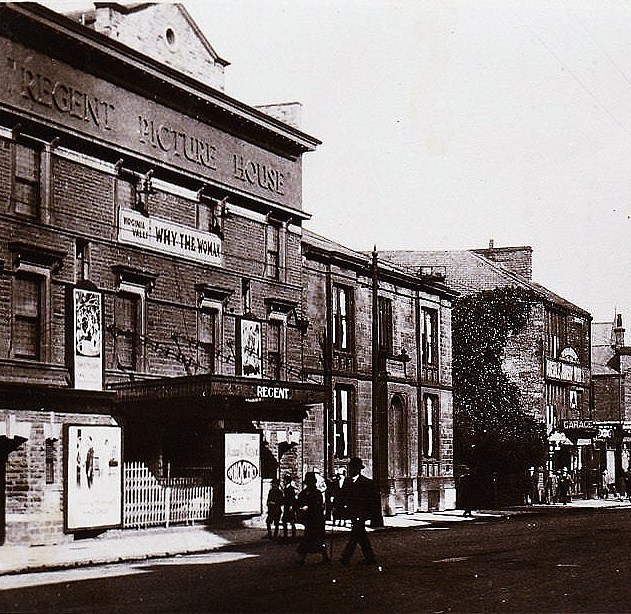 Located in Keighley, West Yorkshire. Built in the 1890’s as the Town Hall Livery Stable. It was converted into the Regent Picture House, opening on 24th July 1920 with Constance Collier in “The Impossible Woman” & Henry B. Walthall in “The Man Who Found Himself”. Around 1930 it was equipped with a Western Electric(WE) sound system. It was an independently operated cinema until around 1958 when it was taken over by the Leeds based Star Cinemas chain. At some point of time, the façade was covered with metal sheeting. Star Cinemas closed the Regent Picture House and from 10th December 1964 it was converted into a Star Bingo Club, which was still operating in 1976.

It then became an Orbit hardware store from from September 1980.

From November 1983 it became a nightclub named Champers and then ‘Blush’ which were located upstairs and on the ground floor was Charlorais Steak House restaurant. In 2010 the building was converted into into a pub in the J.D. Wetherspoon chain known as the ‘Last Orders’ and a nightclub known as ‘Club 101’. Last Orders closed in 2015. In August 2019 the building was demolished, apart from the façade, which now fronts as a beer garden to the J.D. Wetherspoons pub named The Livery Rooms, located next door.