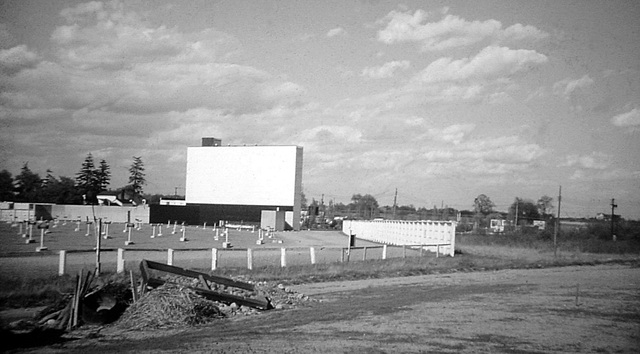 The Automobile Theater opened on September 26, 1947, featuring the 1946 drama “Courage of Lassie” with Elizabeth Taylor, Frank Morgan and Tom Drake. It was opened by Pfeiffer, Neale & Co. dba Automobile Theatre Inc. It had a car capacity of 538 cars with RCA in-a-car speakers. The Automobile Theater was renamed in 1949 to the North Canton Auto Theater. In 1950 it was operated by Meyer Fine dba Associated Theatres from Cleveland, Ohio with Co-Operative Theatre’s of Ohio as the booking and buying agency.