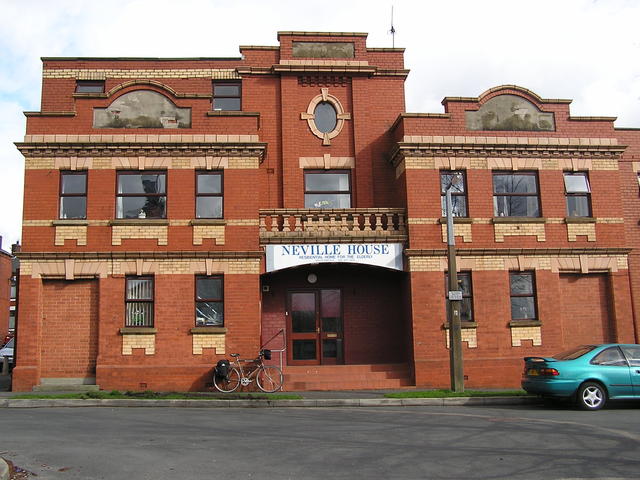 Located in the west Oldham district of Chadderton. Brown’s New Picture Palace was a conversion of the Middleton Road tram terminus near the corner of Middleton Road and Neville Street. It was operated by Councillor William Brown and opened on 29th January 1912. Seating was provided in stalls and circle levels. On 20th December 1915 it was re-named Prince’s Palace and variety acts were introduced to the film programme.

From 18th August 1918 it was re-named Casino Picture Hall. Around 1930 it was equipped with a Western Electric(WE) sound system and soon became part of the Marks Circuit Cinemas of Manchester. Around 1956 it was taken over by new owners and re-named Cameo Cinema. The Cameo Cinema was closed in 1961.

The building then lay unused until 1984 when the auditorium was demolished and the façade and foyer area was retained as an entrance to housing built on the site.. In 1985 it was sold, and converted into the Neville House Private Nursing Home in 1993.