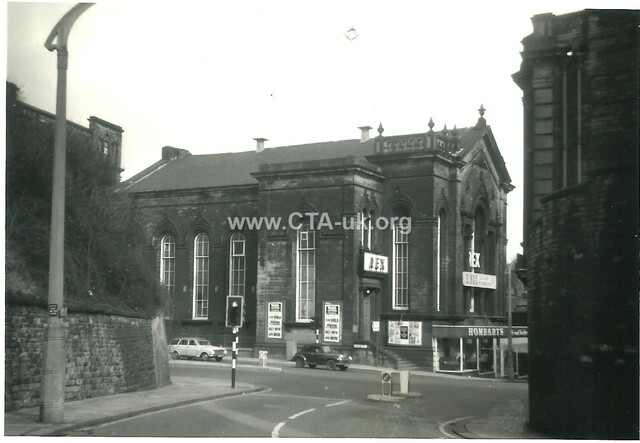 Located in Dewsbury, West Yorkshire. Andrews' Majestic Cinema was opened prior to 1934, when it was equipped with a British Thomson Houston(BTH) sound system. The proscenium was 20 feet wide. It was located above the ballroom which was named Palais de Danse (later Galleon Ballroom).

By 1937 it was known as the Majestic Cinema. Around 1946 it was taken over by Marks Circuit Cinemas of Manchester. By 1953 it had been re-named Rex Cinema and was operated by the Beverley Road Picture Theatre (Hull) Ltd. They still operated it in 1954 when the proscenium had been widened to 24 feet. Still open in 1966, the Rex Cinema had closed by 1980 having become a bingo club.