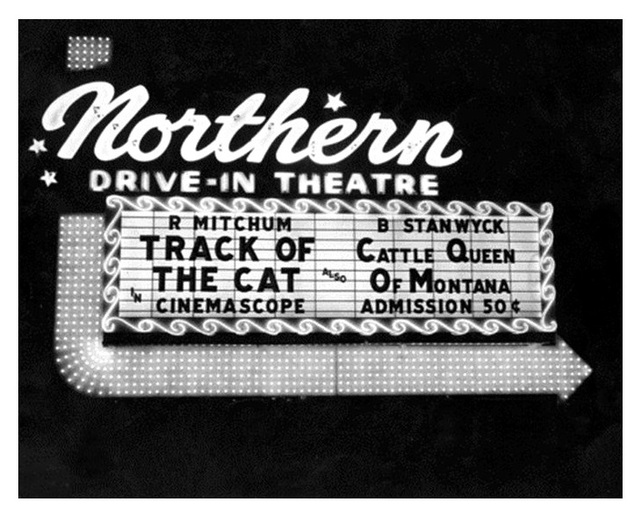 The independently owned 1,000-car Northern Drive-In was Phoenix’s ninth drive-in when it opened on February 24, 1955. From October 1962 to December 1971, it was listed under Southwest Drive-In’s and Foreman-Nace Theatres. The 11 Foreman-Nace drive-in’s were the Acres, Cinema Park, Northern, Nu-View, Oasis, Peso, Phoenix, Pioneer, Roundup, Sands, and Silver Dollar. The walk-ins were the Bethany, Glen, Kachina, Mesa, and University.

The Northern Drive-In was open until at least 1978, listed under Southwest Drive-In Theatres. The Phoenix Examiner noted that the property was sold to K-Mart in the 1980’s.

Opened with “Suddenly” and “She wore a yellow ribbon”.