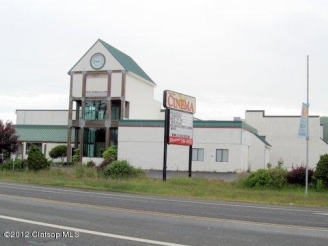 Coming Attractions Theatres acquired the Cannes Cinema, previously owned by Warren Kan, in March 2006. Because the six-screen theater was built in 1992, many upgrades were in order.

The Daily Astorian reported in July of 2014 that Coming Attractions had started on a multi-million-dollar renovation. Included, along with $500,000 in digital equipment, installed in 2013, were structural and cosmetic changes. An expanded snack bar and 25-person party room and game room were also in the works. John Schweiger, CEO, says the screens would remain open during the renovations, which were completed in late-2014.

Coming Attraction Theatres, at the end of 2014, had 18 locations in Alaska, California, Oregon, and Washington.

I’ve found and scanned my pictures of this theater from September 2001.