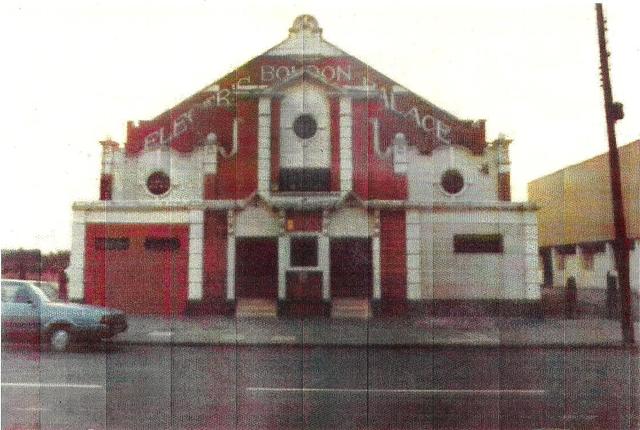 Located in Boldon Colliery, County Durham, South Tyneside. The Boldon Electric Palace was opened on 18th August 1914. Seating was provided on a single level. By 1934 it had been renamed Palace Electric Cinema, and a British Thomson Houston(BTH) sound system had been installed.

The Palace Electric Cinema was closed on 4th April 1959 with Victor Mature in “The Long Haul”. It became a warehouse for a wholesale fruitier, and later converted into a bingo club. The building was closed and ‘For Sale’ in November 2012. By 2016 it had been converted into a post office & retail.