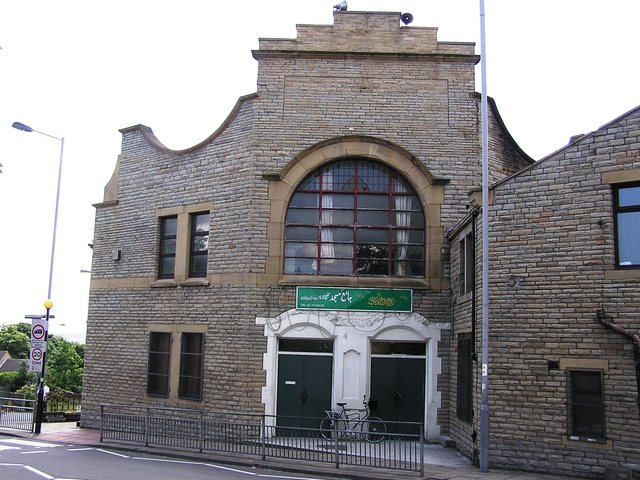 Located at the junction of Toller Lane and Fairbank Road in the suburb of Heaton, 2 miles north west of the City centre. The Elite Picture House opened on Friday 1st August 1913. Closed for rebuilding in 1924 it reopened on Monday 16th February 1925 with a fully equipped stage and enlarged to 1,304 seats; a “grand organ” was being installed with the first organ performances billed for Monday 18th May 1925. Rear projection was first used but front projection was reinstated in 1932 when the stage was brought into use.

By the early-1940’s it had been re-named Elite Cinema, and by the early-1950’s had come under the control of Star Cinemas of Leeds. During the last weekend of January 1954, Star installed a new panoramic widescreen However, this floating screen gimmick did not capture the imagination of the public and the light effect was soon switched off, reverting to normal panoramic widescreen with black surround. Later the screen was adapted for use with CinemaScope with motorised masking for changing the aspect ratio. The large screen necessitated the removal of some front stalls seats and the height of the screen made viewing impossible at the rear of the stalls due to the overhang of the balcony, with the result that part of the rear stalls was drop-walled off from the rest of the auditorium, so creating a useful waiting area on the now open rear raked floor.

The Elite Cinema officially closed on Saturday 24th February 1968 with Sydney Poitier in “To Sir, With Love” although it actually ran its final films the following day. It became a bingo hall on 4th March 1968, except the stage, which was let to a TV Commercials company. During the early bingo period children’s film matinées were still held on Saturday afternoons.

Early in December 1986 the Elite Cinema was sold for £50,000 to Bradford’s largest Moslem organisation, with planning permission to turn the former stage area into a Mosque whilst bingo continued in the main auditorium. It was partially destroyed by fire in 1987 resulting in part of the building being demolished in August 1988. Despite all this, the original projection room at the rear of the balcony remained intact with two Kalee 12 machines gathering dust.

The late-1990’s saw the rebuilding of the former auditorium area again for use solely as a Mosque. The original stone built front entrance remained in use and is still so in 2015.