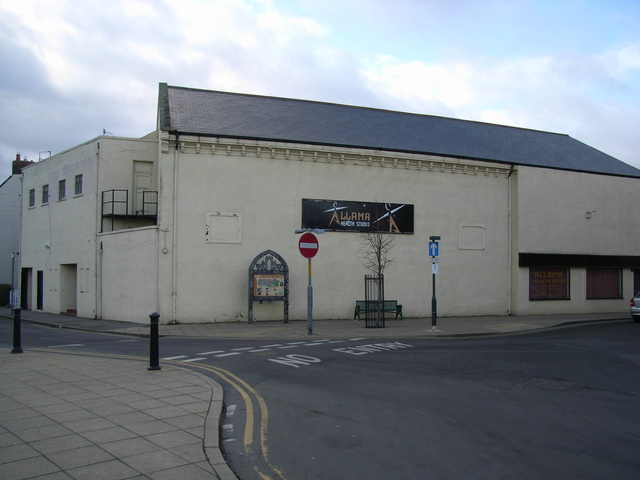 Located in Guisborough, North Yorkshire. Little is known about this cinema. It is not listed in any of the Kinematograph Year Books but it is known to have been operating as the Carlton Cinema in the 1960’s & 1970’s. It briefly became a bingo club. It closed soon after but reopened c1980 as the FairWorld Cinema with GK projection equipment and sound; it was short-lived. Since the mid-1990’s it has been a health club/gymnasium known as the Alama Health Studio.

My friend, Bill Mather, former CEO of Fairworld, will know quite a lot about this cinema’s history and I shall ask him about it the next time we speak.

I do recall that the Carlton was on bingo for a few years whilst Thompson’s Empire cinema was still open. In the early 1970’s the Empire, I believe,was made a compulsory purchase by the Local Authority and the Middlesbrough based Thompson’s Enterprises purchased the nearby Carlton and reopened it as a cinema. It was the last cinema operated by that once large independent circuit prior to its acquisition by Fairworld.