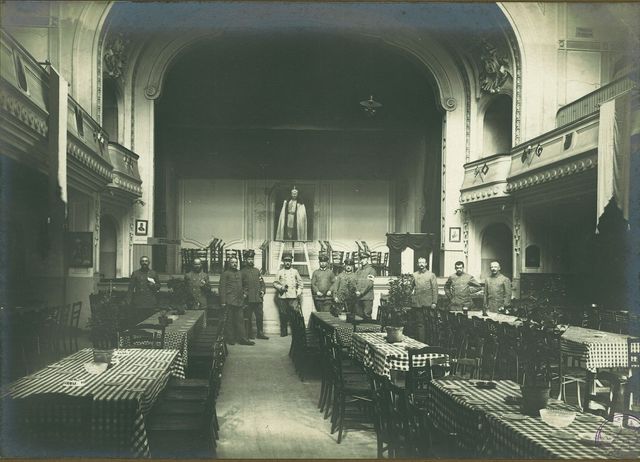 Cine Ons Huis was built in 1912, and served as movie and theatre venue. It was the biggest theatre in Kortrijk, playing all the new movies.

After the opening of the 5-screen Pentacoop the theatre lost it’s importance and was to big.

In 1976 the name changed to Cine Retro, and only the balcony was used. The rest of the theatre was left to abandoned. An attempt was made to erect a small second screen in the former offices, but work was abandoned half way and the Cine Retro closed in September 1978.

The building was demolished in 1990 for a housing project.