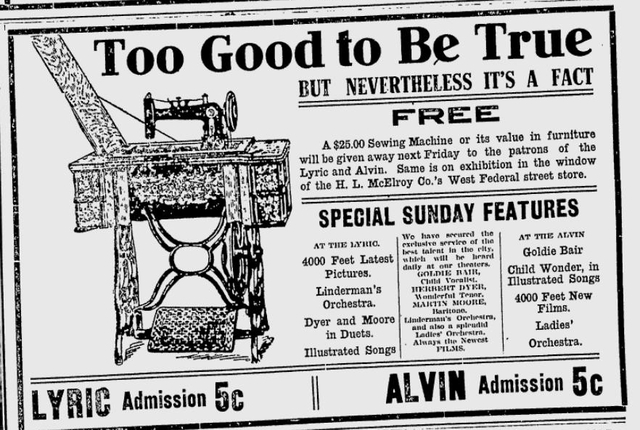 The Alvin Theatre was the sister theater of the Lyric. In today’s world, the new wing of DeYor Center For The Performing Arts sits there.

The Alvin and the Lyric were both operated by the partnership of Hartzell & Pitzer according to their listings in the 1908 report of the Ohio Department of Inspections.

In April, 1908, Hartzell & Pitzer also began operating a house in Youngstown called the Empire Theatre as a burlesque stand.